ISLAMABAD: Amid ongoing local government elections in Khyber Pakhtunkhwa, PMLN Vice-President Maryam Nawaz Monday took a jibe at the PTI for its losses and said that the change that the party had promised is approaching its end, that too in a humiliating fashion. 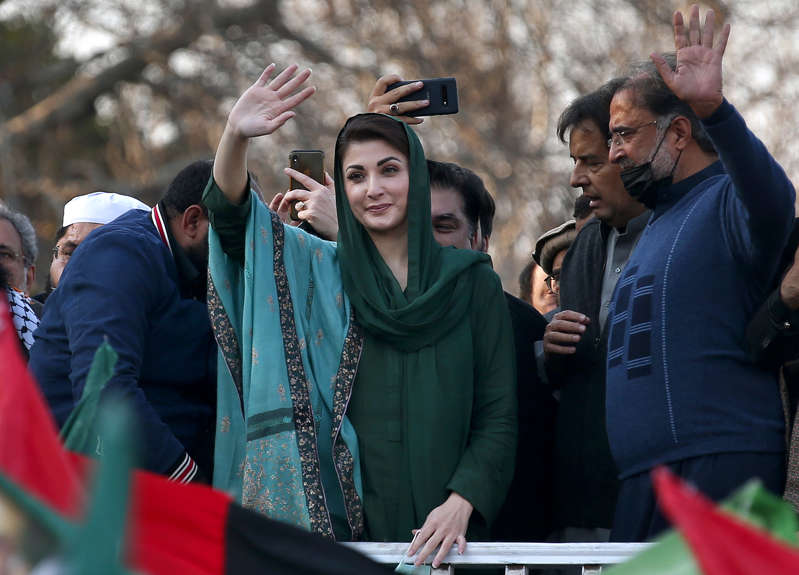 © ASSOCIATED PRESS Maryam Nawaz Sharif, center, a leader of the Pakistan Democratic Movement, an alliance of opposition parties, waves to supporters during a rally outside the head office of the Election Commission of Pakistan, in Islamabad, Pakistan, Tuesday, Jan. 19, 2021. They want a decision on a foreign-funding case against the ruling party. (AP Photo/Anjum Naveed)

She further said that the promised tabdeeli is approaching its end, that too in a disgraceful and humiliating fashion. The government has pushed 220 million people of the country into problems such “as inflation, lawlessness, and incompetence,” as a result of which the masses have been cursing the government, she said.

The opposition parties have bagged two out of four mayoral seats in Khyber Pakhtunkwa’s ongoing local body elections, while the ruling PTI is in danger of losing the third one as well, according to unofficial results.

Awami National Party’s (ANP) Himayatullah has been elected as the mayor in Mardan, JUI-F’s Sher Zaman has been elected from Kohat, while the results from Peshawar and Bannu are still awaited.

There are five city councils in the province, however, the elections are taking place only on four as the polls in Dera Ismail Khan were postponed after ANP’s candidate for mayor, Umar Khattab Sherani was shot dead.