At least 30 governors and over half of members of parliament have reportedly confirmed attendance to former Prime Minister Raila Odinga’s Azimio La Umoja national convention on Friday.

Organisers say more than 40 senators, 200 members of the National Assembly and 500 ward representatives had confirmed that they would attend the Orange Democratic Movement (ODM) party leader’s event at Kasarani stadium, during which he is expected to announce his candidature for President. 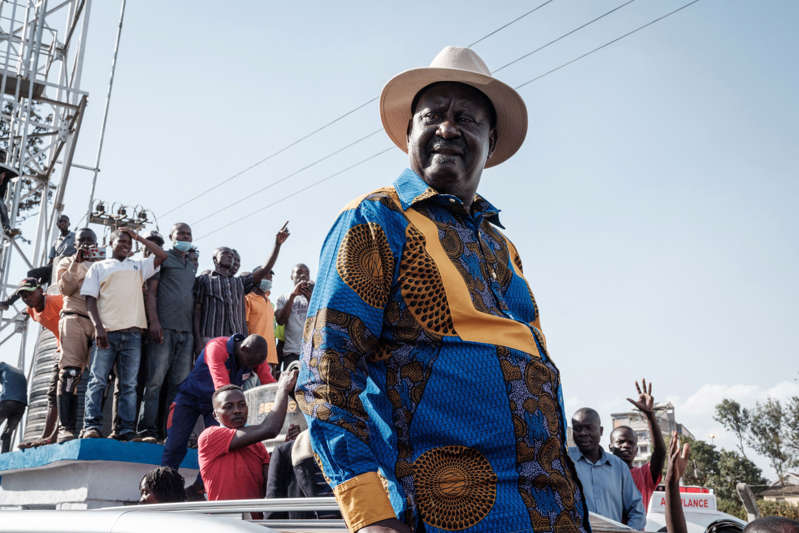 The technical committee organising the meeting, led by Suna East MP Junet Mohammed and a team of legislators from ODM, Jubilee, Ford Kenya among other parties that back Mr Odinga’s presidential bid yesterday inspected the venue.

“Preparations are complete and the stage is being set up. I can authoritatively tell you that, out of the 40 governors we invited, more than 30 have confirmed attendance together with 40 senators, more than 200 MPs and over 1,500 MCAs,” Mr Mohammed said.

ODM deputy party leader Wycliffe Oparanya, also a member of the technical committee, told the Nation separately that members of the One Kenya Alliance (OKA), whom President Kenyatta has tried to unite with Mr Odinga, had also been invited.

Mr Mbadi, who had earlier chaired an ODM Parliamentary Group meeting (PG) at Chungwa House, revealed that, in addition to the 10,250 invited special delegates from across the country, ODM legislators were each allowed to invite 10 people.

He was evasive on whether President Uhuru Kenyatta will attend.

“In my view, if the president attends, it obviously becomes a state function and ceases to be Raila’s event. We want to give Raila space. I think it will not be appropriate for [the President] to come because it will change the architecture [of the event].”

“My party Jubilee and ODM are working together to ensure this event is a success and we hope to see a mammoth crowd on Friday,” Mr Kamanda said.

Kenyan Companies that Reported Impressive Results, Grew Bigger in… TukoOil prices drop sharply, eyes on Kenya subsidy Business DailyNigeria wins 2020 World Soil Day prize The PunchCourt stops Uhuru park renovationA court has stopped the ongoing renovation of Uhuru Park, dealing a blow to one of the Nairobi Metropolitan Services (NMS) legacy projects ahead of the end of its two-year term’s expiry in March 2022.In the order Justice Edward Wabwoto issued, the NMS and its contractors or agents have been stopped from felling trees or carrying out any works at th… Business Daily