(Bloomberg) — Pockets of unrest are spreading across Europe as governments return to strict measures like lockdowns to reverse the latest coronavirus wave. 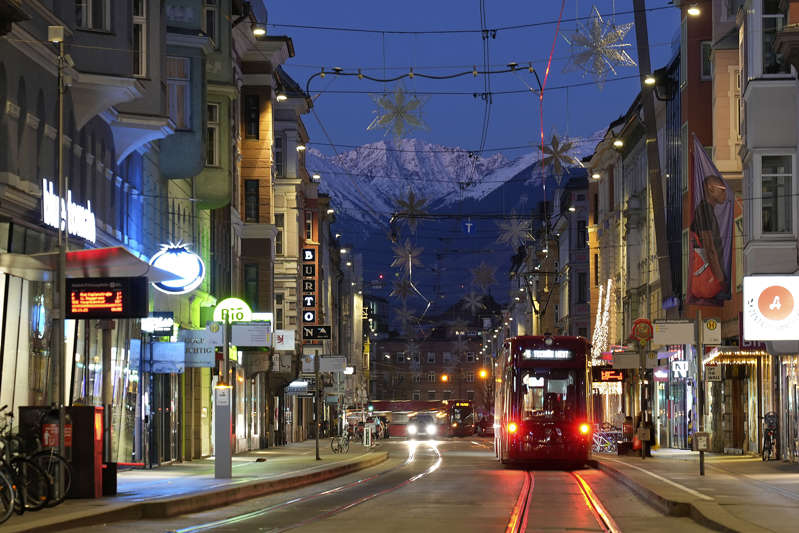 © ASSOCIATED PRESS A tramway is driven through the city center in Innsbruck, Austria, Saturday, Nov. 20, 2021. Austria will go into a national lockdown to contain a fourth wave of coronavirus cases on Monday, Nov. 22. (AP Photo/Matthias Schrader)

New infections are at record levels and some countries, including Germany, the Czech Republic and Greece, are clamping down on the unvaccinated as health services are pushed to the limit. Austria has gone further, with a nationwide lockdown to start Monday.

Violent demonstrations broke out in Rotterdam Friday night over the Netherlands’ virus restrictions. Police fired warning shots and broke up the crowd with a water cannon. At least seven injuries were reported.

The Dutch government has proposed excluding negative tests from the national health pass, allowing only vaccination or recovery from infection.

The state of Saxony in eastern Germany, one of the nation’s worst hit by the current wave of infections, announced tighter curbs on public life late on Friday. Christmas markets were canceled and people who aren’t vaccinated face a curfew in hotspot areas. Bavaria has also set a mixture of lockdowns and curfews.

Austria has taken the most drastic step so far, announcing the country’s fourth lockdown since the start of the pandemic. Most stores, restaurants, sporting venues and cultural institutions will be closed for an initial three weeks.

Thousands plan to descend on Vienna on Saturday to protest the measures, which also include a vaccine mandate to start in February to participate in various parts of public life.

Austria’s domestic intelligence service has warned that protesters may attempt to enter hospitals after calls for “action” in anti-vaccine social media groups.

Viennese police urged demonstrators to stay at home, warning that more than 1,300 officers would be on the streets.

Austria’s populist Freedom Party has been promoting Saturday’s rally for days. The demonstrations were planned after the government introduced measures targeted at the non-vaccinated — steps that have now been extended to all residents.

Austria’s daily Covid-19 cases have spiked this month to record levels, and deaths, while not rising as much, are the highest since last winter. Salzburg and Upper Austria currently have the highest 7-day Covid incidence in Europe, according to the World Health Organization.

Lothar Wieler, the head of the Germany’s public health institute, RKI, told the DPA newswire that contacts between citizens need to be rapidly reduced across the whole country to stem the surge of infections. He also urged a massive ramp-up in vaccinations.

About 68% of Germans and 65% of Austrians have been fully inoculated against Covid-19, below levels thought to create “herd immunity” from the virus. They lag neighbors like France and Italy, but vaccination levels in Eastern Europe are even far lower — from 59% in the Czech Republic to 24% in Bulgaria.

Hospitals and intensive care units in much of Europe are filling up, largely with the unvaccinated. German Chancellor Angela Merkel said Thursday that the country faces a “dramatic situation.”

In Greece, almost nine out of every 10 patients in ICUs are unvaccinated, Prime Minister Kyriakos Mitsotakis said in a nationally televised address. It’s a pattern that’s been repeated in recent months, from Italy to the U.S. to Australia.