ISLAMABAD: Security sources in the federal capital Thursday said any peace deal with the TTP would be reached on the government’s terms and conditions.

“The Afghan Taliban government was in contact with the TTP in connection with peace deal but there is no time-frame. It may take months or years,” the sources while requesting not to be named said there could be deal with the TTP but only if they abide by Pakistan’s Constitution and law. 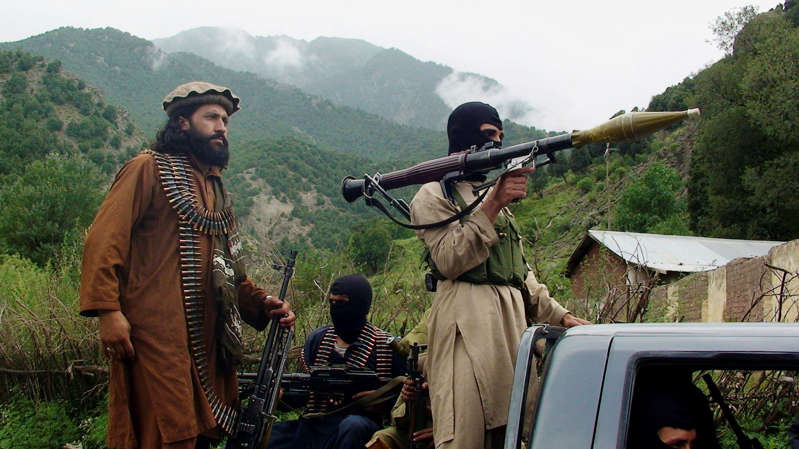 © ASSOCIATED PRESS FILE – In this Aug. 5, 2012 file photo, Pakistani Taliban patrol in then their stronghold of Shawal in Pakistani tribal region of South Waziristan. The Taliban win in Afghanistan is giving a boost to militants in neighboring Pakistan. The Pakistani Taliban, known as the TTP, have become emboldened in tribal areas along the border with Afghanistan. (AP Photo/Ishtiaq Mahsud, File)The sources maintained that there was no truth in speculations that the Pakistani government had decided giving amnesty to the TTP leaders and members. “This is rubbish, no amnesty for them. They are terrorist group and any progress will be made on our terms and conditions,” the sources maintained.

The official said the state has a choice as they TTP are shaken badly, adding that the Pakistani government was testing their seriousness to strike deal and accept its terms and conditions.

Commenting that Pakistan is being called the spokesperson of Taliban government, the official said they have no concern whether Taliban were good or bad, rather the only concern was that no humanitarian crisis emerges there as the winter season has arrived.

Saying that humanitarian collapse in Afghanistan would be damaging for Pakistan, he said neither Pakistan was prepared for that situation nor it could afford it. “It is also damaging for not only Pakistan but also for rest of the world,” he added.

He said Pakistan and some other countries were extending assistance to Afghan people on humanitarian grounds in the form of commodities but how the medical staff, etc, could be paid salaries till there are sanctions.

“Neither any bank is ready to deal nor anybody can use banking channels due to sanctions,” he said. The official observed that the US government was not taking big decisions like recognising the Afghan government and unfreezing the Afghan government’s account due to its own internal political issues. He pointed out the Pakistani government did not ask and nor would desire to seek a single penny from the US.

“Prime Minister Imran Khan had already said Pakistan did not want any aid from the US, rather it desires cooperation in sectors of trade, investment and climate improvement,” he further added.