GLASGOW (Reuters) – U.N. climate talks ended Saturday with a deal that for the first time targeted fossil fuels as the key driver of global warming, even as coal-reliant countries lobbed last-minute objections.

While the agreement won applause for keeping alive the hope of capping global warming at 1.5 degrees Celsius, many of the nearly 200 national delegations wished they’d come away with more.

The two-week conference in Scotland delivered a major win in resolving the rules around carbon markets, but it did little to assuage vulnerable countries’ concerns about long-promised climate financing from rich nations.

The British COP26 president, Alok Sharma, was visibly emotional before banging down his gavel to signal there were no vetoes to the pact, after the talks had extended overtime – and overnight – into Saturday. 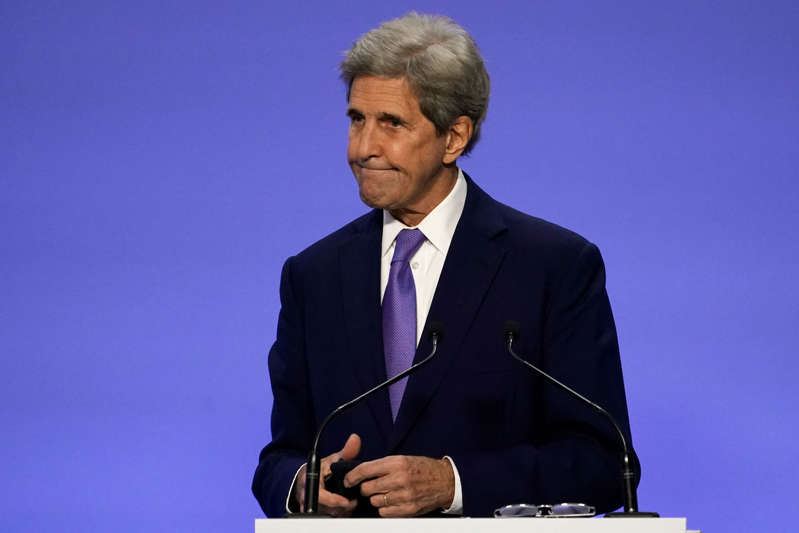 There was last-minute drama as India, backed by China and other coal-dependent developing nations, rejected a clause calling for the “phase out” of coal-fired power. After a huddle between the envoys from China, India, the United States and European Union, the clause was hurriedly amended to ask countries to “phase down” their coal use.

“We are becoming the voice of the developing countries,” he told Reuters, saying the pact had “singled out” coal but kept quiet about oil and natural gas.

“We made our effort to make a consensus that is reasonable for developing countries and reasonable for climate justice,” he said, alluding to the fact that rich nations historically have emitted the largest share of greenhouse gas.

The single-word change was met with dismay by both rich countries in Europe and small island nations along with others still developing.

“We believe we have been side-lined in a non-transparent and non-inclusive process,” Mexico’s envoy Camila Isabel Zepeda Lizama said. “We all have remaining concerns but were told we could not reopen the text … while others can still ask to water down their promises.”

But Mexico and others said they would let the revised agreement stand.

“The approved texts are a compromise,” said U.N. Secretary-General Antonio Guterres. “They reflect the interests, the conditions, the contradictions and the state of political will in the world today.” 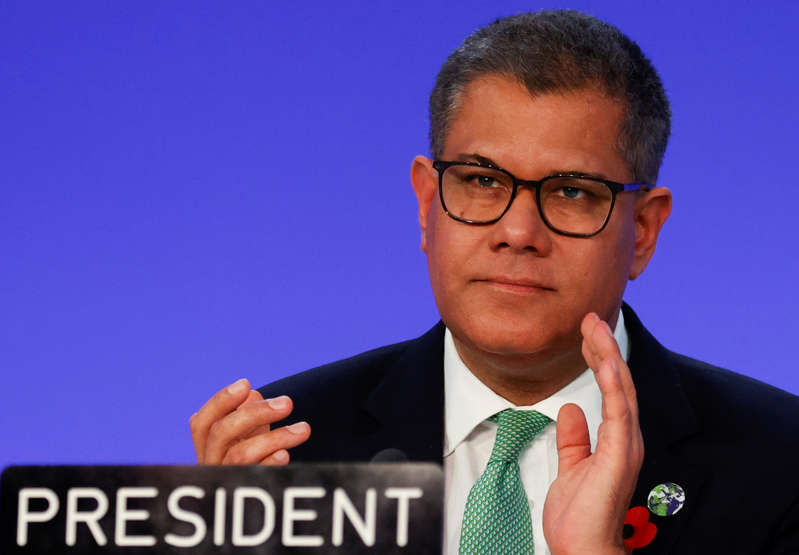 Reaching a deal was always a matter of balancing the demands of climate-vulnerable nations, big industrial powers, and those like India and China depending on fossil fuels to lift their economies and populations out of poverty.

Sharma’s voice broke with emotion in response to vulnerable nations’ expressing anger over the last-minute changes.

“I apologise for the way this process has unfolded,” he told the assembly. “I am deeply sorry.”

The overarching aim he had set for the conference was one that climate campaigners and vulnerable countries said was too modest – to “keep alive” the 2015 Paris Agreement’s target to keep global temperatures from rising beyond 1.5C (2.7 Fahrenheit) above pre-industrial levels. Scientists say warming beyond this point could unleash irreversible and uncontrollable climate impacts. 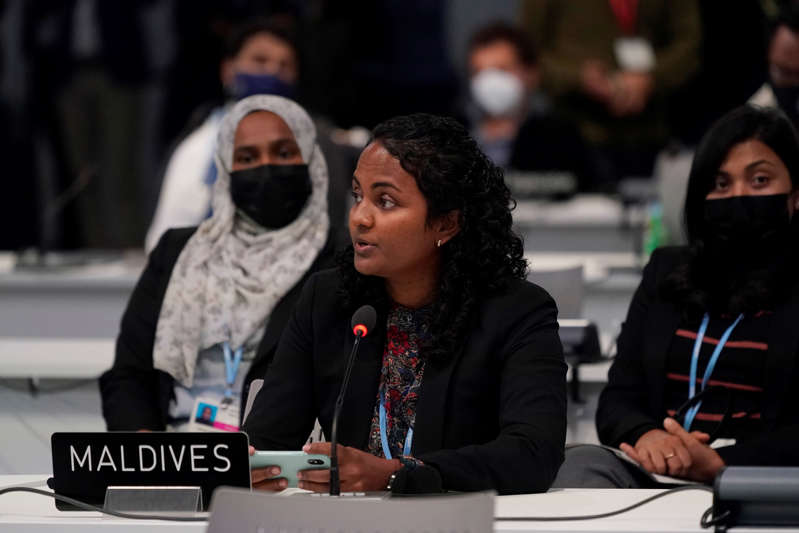 © ASSOCIATED PRESS Aminath Shauna, Maldives’ Minister of Environment, Climate Change and Technology speaks during the closing plenary session at the COP26 U.N. Climate Summit, in Glasgow, Scotland, Saturday, Nov. 13, 2021. Government negotiators from nearly 200 countries have adopted a new deal on climate action after a last-minute intervention by India to water down the language on cutting emissions from coal. (AP Photo/Alberto Pezzali)

In asking nations to set tougher targets by next year for cutting climate-warming emissions, the agreement effectively acknowledged that commitments were still inadequate. National pledges currently have the world on track for about 2.4C of warming.

The talks also led to a breakthrough in resolving rules for covering government-led markets for carbon offsets. Companies and countries with vast forest cover had pushed hard for a deal, in hopes also of legitimising the fast-growing global voluntary offset markets.

‘THE ERA OF COAL IS ENDING’

“They changed a word but they can’t change the signal coming out of this COP, that the era of coal is ending,” she said. “If you’re a coal company executive, this COP saw a bad outcome.”

Developing countries argue rich nations, whose historical emissions are largely responsible for warming the planet, must finance their efforts both to transition away from fossil fuels and to adapt to increasingly severe climate impacts.

The deal offered a promise to double adaptation finance by 2025 from 2019, but again no guarantees. A U.N. committee will report next year on progress towards delivering the $100 billion per year in promised climate funding, after rich nations failed to deliver on a 2020 deadline for the funds. Finance will then be discussed again 2024 and 2026.

But the deal left many vulnerable nations despondent in offering no funding for climate-linked losses and damages, a promise made in the original pact called the U.N. Framework Convention on Climate Change in 1992.

Rich nations once again resisted acknowledging financial liability for their years of emissions that drove climate change as they rose to economic prosperity.

While Glasgow agreement laid out a pathway for addressing the issue by establishing a new secretariat dedicated to the issue, vulnerable countries said that represented a bare minimum of acceptability.

“This package is not perfect. The coal change and a weak outcome on loss and damage are blows,” said Tina Stee, climate envoy from the Marshall Islands. Still, “elements of the Glasgow Package are a lifeline for my country. We must not discount the crucial wins covered in this package.”