Accra, Nov. 16, GNA- The Ghana Health Service says 25 people have so far died from the recent outbreak of Yellow Fever in Savannah and Upper West Regions. 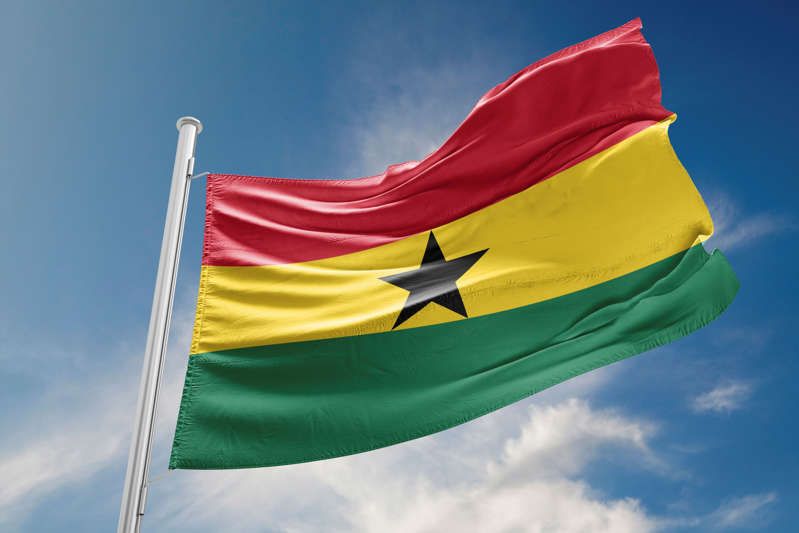 A statement signed by Dr Patrick Kuma-Aboagye, the Director-General, and and shared with the Ghana News Agency, Tuesday, said 18 persons were also on admission.

The outbreak, which was initially detected in the Savannah Region, has now spread to the Wa East District of the Upper West Region, the statement added.

The GHS on the 29th October 2021 notified the public of an outbreak of Yellow Fever in some districts in the Savannah Region, with eight deaths reported.

The outbreak was confirmed after initial laboratory test results were conducted by the Noguchi Memorial Institute for Medical Research and the National Public Health Reference Laboratory.

The GHS, subsequently, dispatched a team of experts from the service, World Health Organisation Country Office, and the Centres for Disease Control (CDC) to the region to support the region investigate the outbreak and implement appropriate control measures.

The statement said the team, among others, assessed the of risk of Yellow Fever transmission based on the population of the vector responsible for transmitting yellow fever – the aedes mosquito.

It said following the findings of the team, the service has implemented several interventions, including targeted vaccination of selected communities for Yellow Fever in the affected districts in a bid to keep the disease at bay.

As of 15th November 2021, more than 43,615 persons had been vaccinated in the Savannah Region as part of the intervention.

The GHS said it has also dispatched 50,300 doses of Yellow Fever vaccines from its Headquarters with support from the Ghana Air Force to the Regional Health Directorate for onward distribution to the selected districts for vaccination.

The service assured that together with the Ministry of Health it would continue to engage partners, such as the WHO and CDC, to ensure that the outbreak was brought under full control.

“The Ghana Health Service will continue with efforts aimed at improving outcomes for persons who are unfortunately affected, while continuing with the vaccination drive to improve the immunity of the population against Yellow Fever,” it added.

Kenya: Bread, milk and other commodities whose prices have been increased TukoKenyan Justice Juma Chitembwe trashes Mike Sonko videos painting…Justice Said Chitembwe was captured in a video posted online by former governor Sonko in which he allegedly discussed how to compromise a case Chitembwe said he would not step aside to pave the way for investigations, as urged by the Law Society of Kenya (LSK) Nairobi Chapter chairperson Eric TheuriHe also noted that they cannot encourage someone w… TukoRaila assures fair nominationsThe ODM party will be undertaking free and credible nominations as stated by its leader, Raila OdingaRaila has hinted at the outfit using specific criteria to settle on the candidates flying its ticket in various elective postsA group of candidates eyeing a common post will have the option of presenting one of their own to the party delegates ODM l… TukoReligious freedom: US delists Nigeria Reuters

Nigerian gov Udom, Airbus sign deal for 10 new planes LegitNigerian passengers lament as railway workers begin strike, ground… The PunchNigerian Senate passes Real Estate Regulatory Council bill The PunchKenya: Power, car prices likely to riseThe cost of imported goods like cars, electronics and second-hand clothes as well as that of electricity will increase further ahead of the festive season after the shilling fell to a new all-time low of 112.07 units against the dollar. The weakening of the shilling has triggered fears of a fresh round of inflationary pressure, which has become a p… Business DailyWB: Nigeria’s remittance inflow rebounds, hits $17.6BNigeria’s remittance inflow is set to hit $17.6bn and push inflows to Sub-Saharan Africa to $45bn in 2021, a new report by the World Bank has indicated. Remittance inflow to Nigeria was $17.2bn as of December, 2021. The World Bank report, titled, ‘Recovery COVID-19 Crisis Through a Migration Lens: Migration and Development Brief 35’, which was rele… The PunchUS, Kenya call for Ethiopia ceasefire New VisionGunmen kill at least 25 in southwest Niger ReutersTattered US notes become latest street hustle in Zim The GuardianHundreds go missing in Burkina Faso amid extremist violenceFADA N’GOURMA, Burkina Faso (AP) — The last time Polenli Combary spoke to her son on the phone she prayed for God to bless him. Shortly after, she called back but the line was dead. Her 34-year-old son was returning a truck used to move the family’s belongings from their village in eastern Burkina Faso after jihadis forced everyone to leave. He disappeared in March. “We will keep searching … I’m just praying to God to have him back,” said… Associated PressBlinken seeks to cool Africa crisesNAIROBI (AP) — U.S. Secretary of State Antony Blinken opened his first official visit to Africa in Kenya with an appeal Wednesday for the preservation of democracy and inclusion in politically and ethnically fractured societies. His message was delivered amid worsening crises in neighboring Ethiopia and Sudan. With insecurity wracking both of those… Associated PressTiananmen vigil leader invokes Gandhi at Hong Kong sentencing AFPAnother nationwide strike by universities imminent as Nigeria govt gets… LegitBlinken set to hold talks with Uhuru TukoKenya prison break: Detectives suspect wardens dislodged brick… TukoFuel scarcity looms as union issues Nigeria govt 14-day ultimatum, list demands LegitUN: Over 1K held in Ethiopia in weekGENEVA, Nov 16 (Reuters) – At least 1,000 people, mostly ethnic Tigrayans, have been detained in cities across Ethiopia in the past week, the United Nations said on Tuesday. Ethiopia declared a state of emergency on Nov. 2, a year after a conflict erupted between the federal government and forces aligned with the Tigray People’s Liberation Front (T… ReutersKenya MPs: Could halt UK dealMPs have threatened to shoot down a military cooperation deal between Kenya and the UK until British soldiers involved in the gruesome murder of Agnes Wanjiru in Nanyuki are brought to justice. Defence Cabinet secretary Eugene Wamalwa pleaded with the MPs to ratify the military pact after the existing agreement lapsed in October. He said the new mi… Business DailyRuto’s slogan faces legal troubleDeputy President William Ruto’s political slogan of “bottom-up economics” has run into legal challenges following a case a Nairobi businessman has filed complaining about infringement on intellectual property rights. Jacob Muting’a Kioko, a professional marketer, says the bottom-up economic model is his innovation and intellectual property, having … Business DailyUS awaits Lagos response to reportThe United States of Amer­ica on Tuesday said it looks forward to Lagos State gov­ernment’s response as part of a process that represents an important mechanism of accountability regarding the #EndSARS protests and the events that took place near the Lekki Toll Gate on October 20, 2020. It would be recalled that Gov­ernor Babajide Sanwo-Olu of Lago… Daily Independent

Kenya surpasses 6M vaccination markKenya has surpassed the six million mark in Covid-19 vaccinations administered, the Ministry of Health announced on Wednesday. The ministry further called on Kenyans to get vaccinated against coronavirus to hit the 10 million mark by December 2021.As of Tuesday, a total of 6,168,086 vaccines had been administered across the country. Of these, 3,924… Daily NationTanzania’s exports to Kenya double to Sh20 billion in six months Business DailyFeedback