The new figures bring Russia’s official death toll to 226,353 — the highest on the continent even as authorities have been accused of vastly downplaying the severity of the pandemic.

The country also recorded 34,074 new virus cases, according to an official tally.

Infection rates have soared in recent weeks amid a stalled vaccination program, with only 35 percent of the country fully innoculated.

Putin is expected later on Wednesday to rule on a government proposal to introduce a nationwide week-long holiday at the end of the month to curb the spread of the virus.

Under the plan, Russians will not go to work the first week of November, which coincides with national school holidays.

Putin has introduced paid holidays during coronavirus peaks before, most recently in May. 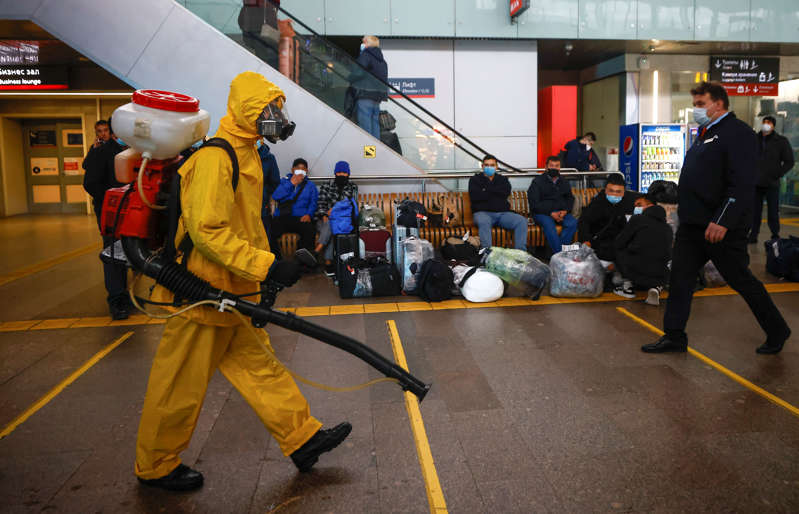 He told unvaccinated over-60s in Moscow to work from home and extended mandatory vaccinations for service workers. Those restrictions take effect next Monday and are set to last until the end of February.