The Ogun State Government has warned residents of the state to be wary of unhygienic practices capable of giving rise to infections, leading to avoidable loss of lives.

This is as the cholera cases were recorded in Abeokuta, the state capital. 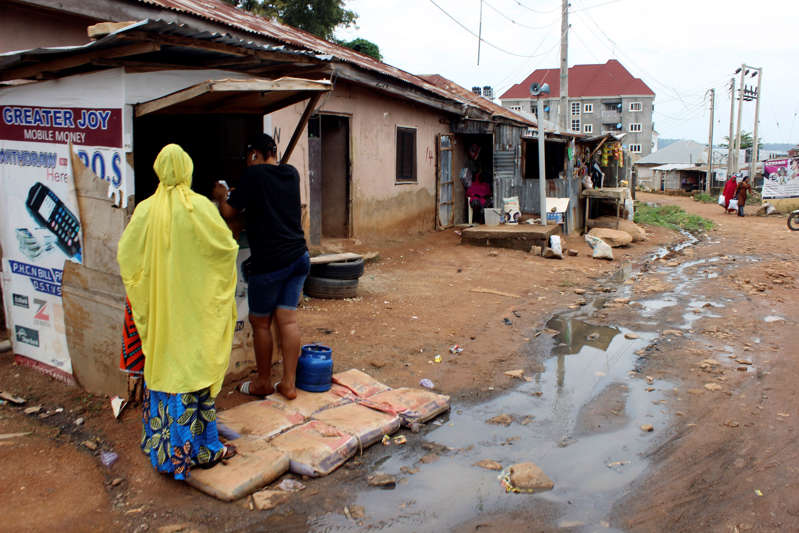 © ASSOCIATED PRESS Two women buy mobile phone cards from a stall close to sewage water in Abuja, Nigeria, Friday, Sept. 3, 2021. Nigeria is seeing one of its worst cholera outbreaks in years, with more than 2,300 people dying from suspected cases as the West African nation struggles to deal with multiple disease outbreaks. This year’s outbreak which is associated with a higher case fatality rate than the previous four years is also worsened by what many consider to be a bigger priority for state governments: the COVID-19 pandemic. (AP Photo/Gbemiga Olamikan)

Recall that the outbreak had been recorded in Magboro in the Obafemi-Owode Local Government Area of the state with 25 deaths.

The state government, which had kept mum over the outbreak, on Tuesday in a statement by the Chief Press Secretary to the Governor, Kunle Somorin, said the Commissioner for Health, Dr Tomi Coker, paid enlightenment visit to Sabo Community in the Abeokuta North LGA, “where the disease was recently reported.”

Coker was quoted to have emphasised the need for residents to desist from poor hygiene which may introduce bacteria to their food, unclean source of water, open defecation and unwholesome waste disposal.

“Coker said the state government has stationed an ambulance at the Sabo Primary Health Center, while also supplying all necessary commodities for immediate treatment of the disease. She added that treatment can be accessed at the health facility, as well as the General Hospital Ijaiye free of charge,” the statement said.