Elon Musk is dominating the space race. Jeff Bezos is trying to fight back.

For years, Jeff Bezos and Elon Musk have sparred over the performance of their rockets and space companies in a simmering feud that flared during a fight over who could use a NASA launchpad and which company was the first to successfully land a rocket.

But now the two billionaires, among the world’s richest men, are waging an increasingly bitter battle that pits two enormous business empires in clashes that are playing out in the courts, the Federal Communications Commission and the halls of Congress in what’s become one of the greatest business rivalries in a generation. 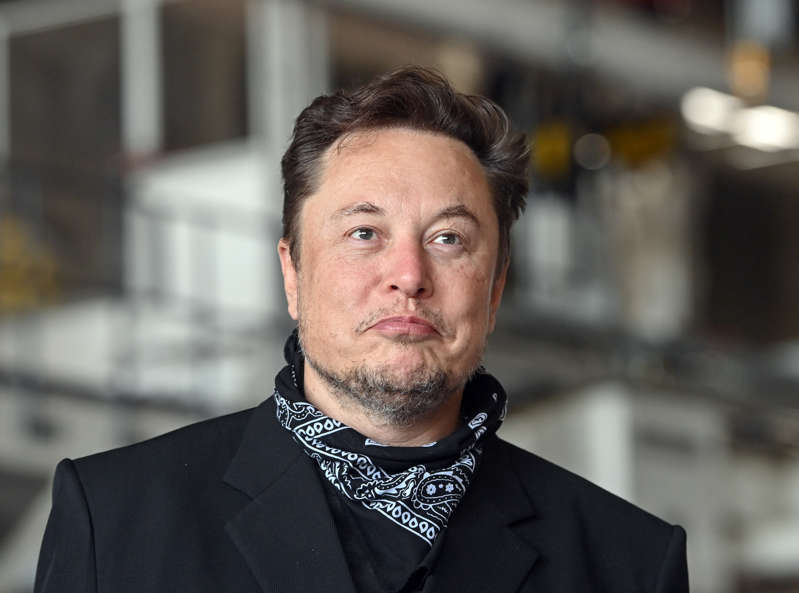 What began as a fight between Musk’s SpaceX and Bezos’s Blue Origin space company over a major NASA contract to land astronauts on the moon now also encompasses a race to build an Internet satellite service in space.

That fight has become especially bare-knuckled and personal. (Bezos owns The Washington Post.)

For the past couple of years, SpaceX has been launching a constellation of satellites that could reach well into the thousands, intended to beam Internet signals to earth. Amazon has a similar plan with a program it calls Kuiper, which has yet to launch a single satellite.

NASA’s decision to award SpaceX a contract to design the lander that will carry the first American astronauts to the moon since 1972 touched off what has become open warfare between Elon Musk and Jeff Bezos. This illustration shows SpaceX’s Starship human lander on the moon. (SpaceX/NASA/Associated Press)

On Aug. 25, Amazon challenged a SpaceX application to the FCC to modify its plan, saying the modification would violate the FCC’s rules. Six days later, SpaceX responded. It didn’t mince words.

Openly dismissive of Amazon’s technical ability, SpaceX accused the company of trying to delay SpaceX’s efforts to make up for its own failures. Amazon’s track record, SpaceX said, “amply demonstrates that as it falls behind competitors, it is more than willing to use regulatory and legal processes to create obstacles designed to delay those competitors from leaving Amazon even further behind.”

On Wednesday, Amazon fired back, accusing Musk of openly defying lawful regulations time and again. “The conduct of SpaceX and other Musk-led companies makes their view plain: rules are for other people, and those who insist upon or even simply request compliance are deserving of derision and ad hominem attacks,” Amazon said in its filing with the agency.

On Thursday, SpaceX filed anew. “Another week, another objection from Amazon against a competitor, yet still no sign of progress on Amazon’s own long-rumored satellite system,” its letter to the FCC began.

For decades, American enterprise has been built on fierce competition between titans of industry, from the days of Andrew Carnegie and John D. Rockefeller more than a century ago. Now Musk and Bezos are writing a new chapter focused on space — a sector romanticized by popular culture and nostalgia for the 1960s Apollo era but that has emerged in recent years as one of the most exciting industries with the potential for enormous growth.

Both Bezos and Musk portray their space ambitions as a way to help humanity — by creating a city on Mars, as Musk would like, or building colonies in Earth’s orbit, as Bezos envisions. But space is also a huge business opportunity, said Margaret O’Mara, a professor at the University of Washington, who is the author of “The Code: Silicon Valley and the Remaking of America,” a history of the technology era.

“They’re not public servants, they’re business people,” she said. “Space is a passion for both of these billionaires, but it also is a growing industry and there is a lot of money to be made in it.”

The companies are well aware that their rivalry is playing out in real time, over social media, in an era when Silicon Valley executives are often as watched as closely as Hollywood actors. They are competing against a backdrop that has given rise to the “celebrity-driven business leader,” O’Mara said, and Musk in particular has been adept at “creating a very loyal fan base” with a Twitter following of nearly 60 million and an appearance this year on “Saturday Night Live.”

“It’s a reflection of the moment we’re in with this incredible power that rests with this handful of extraordinarily rich people,” she said.

For all their differences, Musk and Bezos have charted similar paths in building their empires. Both possess a preternatural ability to upend entire industries with innovative new products, an ability to see deep into the future and the fortitude to stay true to their beliefs, defying doubters and shrugging off short-term losses for long-term gains.

At PayPal, Musk helped disrupt the credit card industry and transform how American consumers pay for goods and services. At Tesla, he has taken on the entire automobile industry and revolutionized the electric car market. SpaceX fought the military industrial complex that for decades had dominated space and has become NASA’s preferred launch partner.

With Amazon, Bezos first upended traditional bookstores, then all of retail as he turned the company into a behemoth “everything store.” And Amazon Web Services changed the way companies store their data.

Now, in the second act of their illustrious careers, Musk and Bezos, who stepped down as Amazon CEO in July but remains its executive chairman, are bound together over a series of ventures that could define their legacies.

For now, Musk is well ahead in virtually every area.

SpaceX has dispatched three teams of astronauts to the International Space Station and on Tuesday is scheduled to launch a crew of civilian astronauts on a three-day trip orbiting the Earth. Blue Origin has launched a single suborbital mission to space that lasted just over 10 minutes.

SpaceX already has launched nearly 2,000 Starlink satellites to orbit, bringing the company close to pulling off Musk’s riskiest and most daring venture: providing Internet service from space. Recently, Musk wrote on Twitter that his company has shipped 100,000 ground terminals for the system and is serving 14 countries. Last year, the FCC announced it was awarding SpaceX $886 million to help serve hundreds of thousands of customers in the U.S., part of a $9.2 billion effort to increase broadband access.

Amazon has its own plan to flood Earth orbit with satellites that would beam the Internet to the ground. But it has yet to launch a single satellite.

The modification SpaceX want to make to its FCC license and that Amazon is now challenging would add some 30,000 satellites in two configurations. One would be launched on its next-generation Starship rocket, the other would be flown on its workhorse Falcon 9.

Amazon argues that under the FCC regulations, SpaceX must present a single design for its system. It argues that the two configurations “arranges these satellites along very different orbital parameters. SpaceX’s novel approach of applying for two mutually exclusive configurations is at odds with both the Commission’s rules and public policy.”

SpaceX called that a “delay tactic,” and said it was “a continuation of efforts by the Amazon family of companies to hinder competitors to compensate for Amazon’s failure to make progress of its own.”

On Twitter, Musk took that a step further, misspelling Bezos’s name and writing that it “turns out Besos retired to pursue a full-time job filing lawsuits against SpaceX.”

Amazon’s scathing response Wednesday took aim at SpaceX and Musk himself, pointing to a list of transgressions that Amazon argued showed a pattern of behavior that should make regulators leery.

It noted that SpaceX launched a Starship prototype without approval from the Federal Aviation Administration and that it kept its Tesla assembly plant open during the coronavirus pandemic in defiance of local health officials.

“In SpaceX’s playbook, there is no need to grapple with rules — those apply only to others,” the Amazon filing concluded.

SpaceX did not respond to a request for comment on Amazon’s filing though it did send a letter to the FCC.

In addition to the fight over the satellite constellations, Bezos, through Blue Origin, is also waging war over the contract NASA awarded to SpaceX to build a spacecraft capable of flying astronauts to and from the surface of the moon. Blue Origin appealed NASA’s decision to the Government Accountability Office, which rejected Blue Origin’s arguments and ruled in NASA’s favor.

Then, Blue Origin filed suit in the Court of Federal Claims, arguing that NASA erred in its award. It also has sent papers to Capitol Hill staffers, taunting SpaceX, saying, “What is Elon Musk afraid of … a little competition?”

The company is arguing that NASA allowed SpaceX to waive many of its flight readiness reviews — meetings designed to ensure mission success. That means SpaceX’s proposal was not in compliance with NASA’s solicitation, Megan Mitchell, Blue Origin’s director of government and legislative affairs, said in an interview. She added that it also raised “a pretty big safety issue,” especially because SpaceX would need multiple launches to refuel its rocket in orbit to reach the moon.

“The idea that you would take an entirely new architecture with all new technologies like on orbit refueling and fuel depots and say, no, we’re going to eliminate it … that is essentially a waiver of the material requirement that NASA put in the solicitation originally,” she said.

Tying up the procurement in litigation has had consequences. NASA was prohibited from working on the contract while the GAO reviewed the case, and the space agency has agreed that it will also discontinue work until Nov. 1 while the federal court case continues. That could further delay NASA’s signature human spaceflight program that recently had a kind of momentum not seen in years.

The suits have also angered SpaceX, which in a memo to Capitol Hill staffers pointed out that Blue Origin “has not produced a single rocket or spacecraft capable of reaching orbit.” Musk crudely amplified the point on Twitter, writing the company “can’t get it up (to orbit).”

He also tweeted an photo of a deflated mock-up of Blue Origin’s lunar lander that he captioned, “somehow this wasn’t convincing.”

In a statement to The Post in April, Musk pointed out that Blue Origin’s bid was $6 billion, more than twice what SpaceX had bid.

“The BO bid was just way too high. Double that of SpaceX and SpaceX has much more hardware progress.” He added that Bezos should be more involved in Blue Origin. “I think he needs to run BO full-time for it to be successful. Frankly, I hope he does.”

The fight signifies how companies have taken the place of nations in the battle for space primacy. SpaceX, Amazon and Blue Origin are reprising the roles of the U.S. and the Soviet Union at the dawn of the Space Age. That rivalry drove NASA to put astronauts on the moon. This one could, too, once it gets out of court.

But it also shows how space has become just like any other business, and the fight to orbit is like any other coldblooded capitalist slugfest, whether it be Coke and Pepsi, Avis and Hertz, or Microsoft and Apple.

“It reflects the movement of the space sector from something special to, well, like everything else,” said John Logsdon, founder of George Washington University’s Space Policy Institute. “Where people compete, companies compete. It’s like the KFC ad where Colonel Sanders says McDonald’s making a chicken sandwich is none of their business.” AdChoices