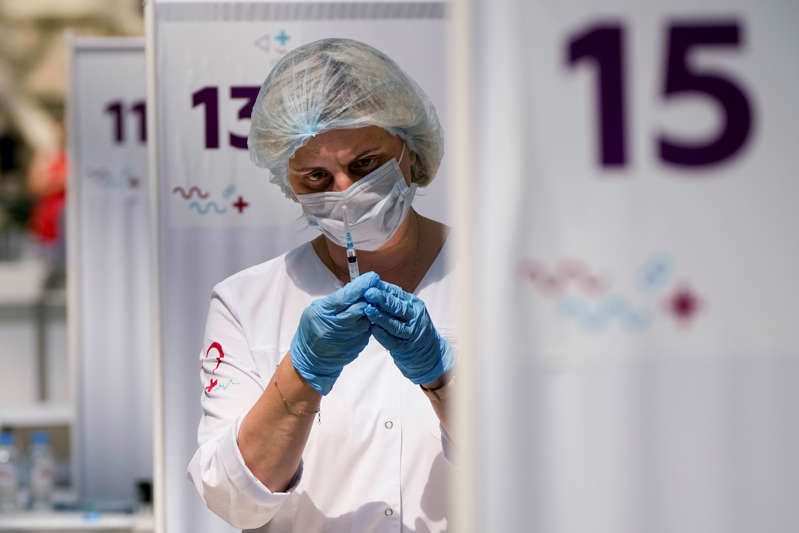 © ASSOCIATED PRESS A medical worker prepares to administer an injection of Russia’s Sputnik V coronavirus vaccine at a vaccination center in Gostiny Dvor a huge exhibition place in Moscow, Russia, Tuesday, July 13, 2021. Russia gave Sputnik V regulatory approval in August 2020, raising criticism at home and abroad because it had only been tested on a few dozen people at the time. On Tuesday, about 27 million Russians, or just 18.5% of the 146 million strong population, have received at least one shot of a vaccine, and 18.5 million, or 12.6%, have been fully vaccinated. (AP Photo/Alexander Zemlianichenko)

The number of excess deaths, which some epidemiologists say is the best way to measure the death toll during a pandemic, reached 528,000 in July, Rosstat data showed. AdChoices