There was enough fuel in his tilt-rotor Osprey helicopter for one more trip, Lancaster said, before he would need to return to Naval Station Guantáamo Bay, Cuba. But he and co-pilot Capt. Jon Vantol first needed to see something.

“We’re going into the mountains. But we’re not landing,” Lancaster said over the roar of the aircraft as he took off from a soccer field in Les Anglais and flew over several remote farming communities perched on top of a rugged mountain visibly battered by the powerful quake. 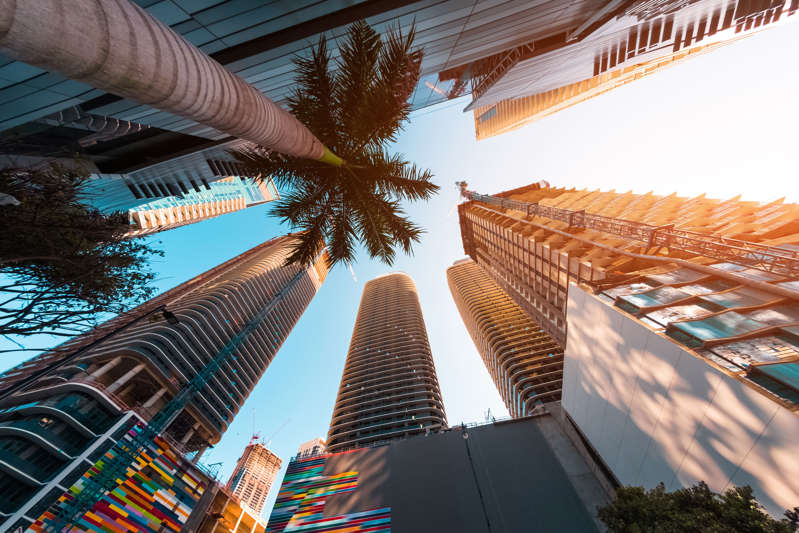 After it was initially criticized for its slow pace, the distribution of humanitarian aid in Haiti’s earthquake-ravaged region is finally picking up. It is doing so with the help of a myriad of charities and non-governmental organizations, the United Nations — and the U.S. military.

Under the direction of the Doral-based U.S. Southern Command, more than 300,000 pounds of aid have already been delivered to some of the most remote reaches of southwestern Haiti using helicopters, ships, transport planes and military personnel.

“There still remain many areas in those mountains where we’ve got to ensure that aid gets delivered because of their remote nature,” said U.S. Navy Adm. Craig Faller, head of the Southern Command.

Within 24 hours of the disaster, Faller established the military operation known as Joint Task Force Haiti to help with the response amid an environment complicated by armed gangs, a political crisis, the COVID-19 pandemic and impassable roads.

Two weeks later, the U.S. troops are spearheading the aid delivery thanks to the speed, size and unique capabilities of vehicles like the Osprey, he said, “which can haul a lot of stuff over some pretty austere terrain in uncertain weather conditions with aviators that are trained to do these sorts of things and also trained for high end combat.”

The airlifts and the other military assets, Faller said, are supporting the U.S. Agency for International Development, which is working alongside the United Nations and the Haitian government to quickly get aid to those who need it.

That effort is being augmented by a number of foreign partners including the Dutch, French and British, who reached out to Southcom on how they could support the Haiti operation. All three countries have deployed vessels and choppers to assist in what began as a search-and-rescue mission and has since evolved into a multi-million dollar humanitarian response.

“USAID, the U.S. military and of course all of the other partners, foreign military agencies that are here, have put some resources at our disposal,” said Jerry Chandler, the head of Haiti’s Office of Civil Protection, the lead disaster-response agency. “We can [now] accelerate the process of moving the relief supplies to the affected populations and the hard-to-access areas.”

Officially, the death toll from the earthquake is just over 2,200. But the devastation, which has affected 800,000 people, or 40% of the population in the three regional departments combined, is widespread. Logistics, aid officials say, remain their biggest challenge in a region of the country where roads and a key bridge remain impassable, and the threat of armed gangs is pervasive.

Initial accounts of the damage and death toll from the Aug. 14 quake said the destruction was not as bad as it was in 2010, when a massive quake hit Port-au-Prince, demolishing much of the city and killing more than 300,000 people.

But Christophe Illemassene, with the U.N. Office of Disaster Assessment & Coordination mission in Haiti, said while 2010 was “a horrible disaster,” the current disaster has resulted in extensive material damage, raising concerns that if people don’t start getting the needed humanitarian assistance, they will end up moving.

“What we’re fearing is a situation … that swells the ranks of displaced people that we are already seeing in some urban areas, particularly around Port-au-Prince, and that can also add to other urban centers like Les Cayes,” Illemassene said.

In many ways, the mission to quickly distribute the relief, especially tarps, which the troops are delivering along with food, is like racing against another disaster.

And that’s where the U.S. troops come in.

As U.S. military aircraft take off and land and take off at Toussaint Louverture International Airport in Port-au-Prince, two large tents are abuzz with activity.

In one, medics with the not-for-profit Haiti Air Ambulance, the public-private ground ambulance company HERO and the U.S. Army work side by side to treat and transport injured people who are still being flown in from the quake-struck region.

In the field, the operation includes a Joint Task Force medic and a surgeon, who review photos of injuries and approve the use of U.S. military aircraft to transport patients to the capital. Back in Miami, others are helping to coordinate the response and find hospitals via a WhatsApp chatroom with JTF and civilian volunteers in Haiti.

“It’s really grown,” said Steve Krueger, who works with HERO. “We booted this whole thing with WhatsApp. There are guys with Joint Task Force Bravo sitting in Florida on a WhatsApp chat with us, who can send a message to the fixed-wing aircraft overhead to task the helicopter to medevac. … It’s really a huge operation that’s going on.“

A few feet from a triage tent, an air-conditioned tent serves as a nerve center for the U.S. military personnel from the various branches and units scheduling the aid drop-offs.

Gventer commands Joint Task Force-Bravo, which is under Southcom and based out of Soto Cano Air Base, Honduras, and serves as deputy commander of Joint Task Force Haiti. Among his responsibilities: overseeing the team of military experts in logistics, cargo, aviation and public affairs who spend the day fielding requests to USAID from charities and non-governmental organizations for airlift assistance with their relief.

Once certified by USAID, the military team finds an aircraft that can make the drop. In the past week, aircraft have delivered everything from food to a field hospital and medical personnel to water-purification systems.

“We bring those helicopters in every day. We bring those Osprey aircraft in every day. We’ve got the Coast Guard up above and they have been working phenomenally hard,” said Gventer, standing inside the tent where camouflage-wearing soldiers sit around a U-shaped table working laptops and an erasable board detailing the day’s scheduled drops.

“It’s an honor to be able to help,” Gventer said. “It’s kind of humbling to know just how lucky we are and … how good it makes you feel when you get done with a mission and you see people actually in need getting something they need for human life.”

Rear Adm. Keith Davids, who is in charge of Joint Task Force Haiti, said the mission is clear.

“It’s to save lives and reduce suffering,” he said. “Convoys are getting through and distributing a lot of aid, but it’s just tough reaching some of the remote locations.”

This was clear last Friday when Lancaster, the Marine piloting the Osprey, arrived in quake-struck Les Anglais 66 minutes after taking off from Port-au-Prince. The roof of the farming community’s Immaculate Conception Parish church collapsed during the earthquake, killing 23 people during a baptism.

As if the aircraft’s wide body, loud roar and tilt rotors weren’t enough of an announcement to the crowd waiting on a grassy soccer field, Lancaster did a low flyover, went out to sea and up the coastline before turning back.

While the aircraft descended slowly, curious children, unsure whether they were looking at a chopper or an airplane, stared in awe. With the chopper’s engine still running, a Haiti National Police vehicle drove onto the field. A small army of Haitian volunteers quickly followed in pursuit and formed two receiving lines. The back hatch of the Osprey opened and several U.S. soldiers stepped out, joined by David Taylor, USAID’s Disaster Assistance Response Team deputy leader.

Taylor stood at the front of the line, tossing boxes of rice to the next soldier in line.

Seven minutes later, the Osprey was back in the air. Disappointed to see there was no place to land after heading through the mountains, Lancaster pointed the aircraft in the direction of Port-au-Prince. AdChoices