Bangladesh’s performance in vaccinating its people against corona infection has been quite dismal. In seven months since February 7, only 4.3 per cent of people were given two doses of corona vaccines in Bangladesh and it would take at least 11 years to vaccinate the remaining 76 per cent as the authorities wants.

Already the authorities stopped the mass inoculation programme due to shortage of vaccines and irregularities in its execution. The authorities announced that ‘the term mass vaccination would not be used again in future’.

The authorities administered mass vaccination across the country in six days from August 7 under the Extended Programme on Inoculation (EPI) alongside the usual inoculation. The mass inoculation drew heavy criticism due to various irregularities. The main crisis now is shortage of vaccines due to failure to diversify the sources of getting the supplies. 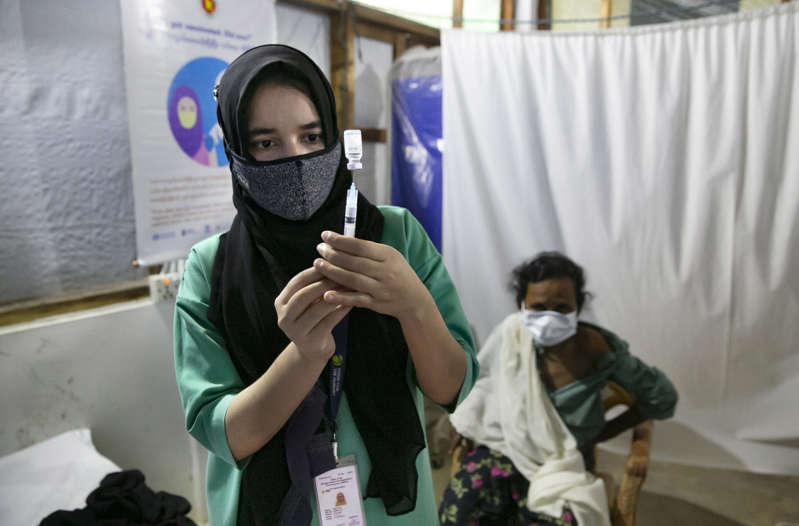 According to the Worlds Health Organisation, in South and Southeast, Asia Bangladesh stands only above Myanmar with regard to giving two vaccine doses to people.

The tripartite agreement between the Bangladesh government, Beximco Pharmaceuticals and Serum Institute of India simply failed as India stopped the supplies at a rather early stage due to increasing domestic demand.

The agreement required India to supply five lakh doses every month. The situation led Bangladesh to make a delayed move to procure vaccines from China, Russia, the US and other sources. Though it was quite unwise to rely only on India to get the vaccine supplies, the government policymakers did not pay heed to health experts.

It was simply unrealistic to take the programme of inoculate 80 per cent of the population depending on supplies only from India. It would require inoculating 13 crore 51 lakh out of 16 crore 91 lakh 10 thousand people to cover 80 per cent of the country’s population as the government had set the goal. The health services decided to stop publicity campaigns for vaccination.

Instead, the health services said that they were now thinking to start a campaign to vaccinate the students. The government has of late sign an agreement to bottle Chinese vaccine in Bangladesh. The government should have diversified the sources of getting the supplies.

The average number of new infections, has reportedly, fallen in Bangladesh by 8,700, that is by 61 per cent, in recent weeks. Since March 2020, 14,89,589 people were infected in Bangladesh and 25,926 died in Bangladesh according to the authorities. AdChoices