TweetPostShareEmailSubscribeSubscribe to Ciena’s communicationsIn the second part of Brian Lavallée’s series on xHaul networks, he takes a look at midhaul networks, what they are, and how they’ll evolve to support 5G networks.

ARTICLESpotlight on 4G/5G fronthaul networksIn part one of this three-part blog series on xHaul networks, I discussed 4G/5G fronthaul transport networks and how the industry is evolving away from a decade-long closed and proprietary architecture in 4G/LTE to an open and standards-based fronthaul architecture in 5G. In this blog, I’ll discuss a similar industry goal for the new 5G midhaul network. The third and final installment in this three-part blog series will discuss 4G/5G backhaul networks.

Why do network operators want open, standards-based xHaul (fronthaul, midhaul, backhaul) transport networks? Because, just like in every other area of the global network infrastructure, it unleashes a broader and more secure vendor supply chain for both mobile and wholesale operators alike. Based on the economic model of supply and demand, a broad vendor ecosystem offers the elimination of vendor lock-in, faster innovation cycles, and reduced pricing, all due to increased competition. An open, standards-based xHaul transport network also creates a lucrative wholesale market allowing for a shift away from wholesalers having to relinquish dark fiber, as is often the case in existing 4G fronthaul, to standards-based packet network services, similar to today’s wholesale backhaul services.

So, what is midhaul and where does it fit in the mobile network?

A traditional mobile network base station includes a hardware-based Baseband Unit (BBU), installed at the base of a cell-site tower, connected to multiple Radio Units (RUs), installed atop the cell-site tower. The former generates and processes digitized baseband Radio Frequency (RF) signals, while the latter converts BBU digital signals into an analog Radio Frequency (RF) signals, which are then propagated over the airwaves via antennae. Through multiple generations of mobile network technologies, this functional split was essentially the same.APPLICATION NOTEConverging and Automating 5G NetworksThis will change with 5G in a profound way, offering network operators improved flexibility and performance.

In a 4G Distributed Radio Access Network (D-RAN) architecture, the BBU physically resides at the base of a macro cell tower. In a 4G Centralized/Cloud Radio Access Network (C-RAN) architecture, the BBU physically resides in a distant central office or data center. Fronthaul refers to the network that connects remote radio heads to BBUs many kilometers away, so where’s the new midhaul network located? It interconnects the new, disaggregated 5G BBU.

The 5G RAN will evolve from the traditional BBU and Remote Radio Head (RRH) architecture used in 4G networks to a Distributed Unit (DU), Centralized Unit (CU), and Active Antenna Unit (AAU) architecture, as shown below.

By disaggregating the BBU, some of its traditional functionality (PHY, MAC, and RLC sublayers) will reside in the DU, while remaining sublayers (ex. PDCP, SDAP, and RRC) will form the CU. 5G radio systems will largely adopt an AAU architecture where the RRH and antenna systems are integrated into a single device. The DU and CU could, and likely will, be virtualized and hosted on RAN compute assets located in different parts of the network, depending on the network operator’s deployment strategy.WHITE PAPERNew Network Design for Transporting 5G Converged TrafficFrom a virtualized RAN (vRAN) perspective, specific Commercial-Off-The-Shelf (COTS) hardware accelerators will be required to assist the x86 CPU to virtualize DU and CU workloads. These accelerators are required to fulfill the IEEE 1588 Packet Timing Protocol (PTP) and Synchronous Ethernet (SyncE) requirements, as well as performing L1 upper PHY processing, such as Forward Error Correction FEC.

5G radio system disaggregation will also result in a new packet-based midhaul interface that connects DUs to CUs over a new 3GPP F1 interface. Since the latency and jitter requirements for F1 interface isn’t quite as stringent as O-RAN 7.2x fronthaul, the F1 payload can be transported over different packet-based transport mechanisms, such as IP/MPLS, Segment Routing, and E-VPN. The CU can (and likely will) be further disaggregated into a CU User Plane (CU-UP) and CU Control Plane (CU-CP), which would be connected to DU over F1-U and F1-C interfaces, respectively, as shown below. The connection between the CU-UP and CU-CP will be connected by a new 3GPP E1 interface. Midhaul transport networks can be implemented using a variety of different topologies such as hub-and-spoke, mesh, and ring, depending on the specific needs of the network operator.

Figure 2: Disaggregated 5G (and ng-LTE) radio system interfaces (ref: 3GPP TS 38.401, TS 37.470)WHITE PAPERLaying the 5G Foundation with an Evolved Mobile Transport NetworkThe midhaul transport network performance requirements are expected to support reaches of up to 100km with a latency of 5 milliseconds, or less. Midhaul can support a variety of Ethernet interface rates, such as 10GbE initially and moving to 25GbE or 50GbE with higher capacity DU systems. In order to achieve better end-user experience like faster attachment to the mobile network and faster data response between the user equipment to the network, it is preferred that the 3GPP F1 interface is transported over deterministic Ethernet transport technologies like Time-Sensitive Networking (TSN) or FlexE/G.mtn. 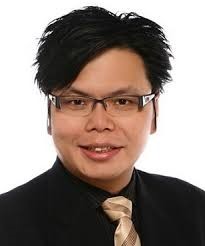 Remus Tan is one of Ciena’s Product Line Managers and our resident mobile networking expert with responsibility for Ciena’s 5G Network Solutions. I asked him for his unique insights into the new midhaul network space related to both its challenges and opportunities. He said, “With the maturity of the 3GPP and O-RAN standards, we’re now witnessing multi-vendor interoperable 5G New Radio (NR) products based on the latest specifications allowing for a fully disaggregated and virtualized RAN, which can be commercially deployed at scale and at a reasonable cost. In 2021, we’ll start seeing more disaggregated vRAN deployments that will coincide with a new wave of xHaul transport networking equipment investments. With our recently launched 5G xHaul routers Ciena’s in a great position to intercept this new wave of disaggregated vRAN infrastructure builds.”

The time is now to open the RAN

As an industry, the time is now to ensure that the emerging midhaul network will be open and standards-based, lest we fall back into a similar closed and propriety era that is the case with CPRI-based fronthaul. Fortunately, there are several industry groups working on this exact goal, such as 3GPP and the O-RAN Alliance. Standards and open specifications will directly facilitate open, standards-based midhaul networks and all the above-mentioned business benefits.

OK, so what about backhaul?

Visit here for the final installment of this three-part series on xHaul network that covers 4G/5G backhaul.